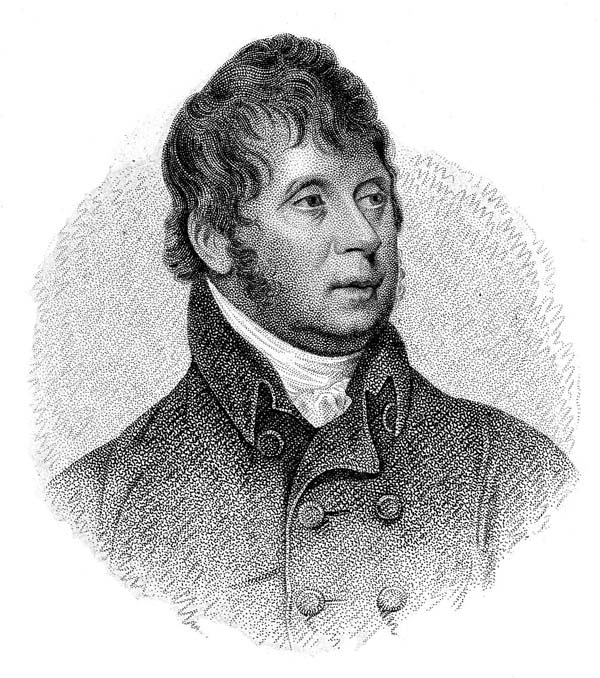 Edward Coleman (1765-1839) was an accomplished man: surgeon turned veterinarian; educator as the second Principal of the Royal Veterinary College in London at 28 years of age; Principal Veterinary Surgeon (PVS) of the British Cavalry at age 31; member of his Majesty's Most Honourable Board of Ordnance; and author. He completed a 7-year apprenticeship to a surgeon followed by training for two years in a London hospital. In 1791 he started a surgical practice in London and through friendships learned that the College Council of the London Veterinary College was looking for a new principal. Having no experience with horses, the predominant animal care focus of the time, Coleman applied for the position though he was not the school’s first or even second choice. The school had been turned down by James Clark, and were also interested in William Moorcroft. Coleman and Moorcroft were hired as co-principals, however, Moorcroft resigned after six weeks citing ill health. Coleman began his long tenure of more than 40 years at the London school.

Edward Coleman is remembered in Britain’s veterinary history as an unabashed self-promoter whose activities relating to the veterinary profession netted him financial gain, and obstructed the development of veterinary education in Britain. However, there are others who view his policies to ensure the survival of the college without government support more positively. As Principal, Coleman presented an inferior curriculum focussed exclusively on horses and reduced the length of studies necessary for a diploma (from two years to three months) in order to graduate more fee-paying candidates. Preferred students were young men with a farming background. According to Smith (1976a, p. 15), "He succeeded in obtaining authority to reduce the three years’ training, approved by Sainbel, to a course of from three to six months. In this way he secured two distinct but important objects: he turned out six times more men… and he handsomely remunerated himself, for not only did he receive a stipend, but all fees for tuition went into his pocket.” Possession of a college diploma afforded students advantages: graduate status was recognized by the medical profession; and the diploma entitled them to commissioned rank as veterinary officers in the army. Agreeing with the assessment of others regarding Coleman's inexperience in veterinary care and personal greed, Fisher (1993, p. 290), offers another perspective on Coleman's management of the London college that relates to market forces. "... the thrust of Coleman's policies is easy to explain in market terms and they were maintained long after his death." In Coleman's view the College relied on its profitability to continue to exist; it was not supported financially by government and relied on private subscriptions and donations that did not extend to upgrading the curriculum or the college's facilities. During Coleman's tenure, academic rigour took second place to fiscal realities.

According to Smith (1976a, p. 15), "He succeeded in obtaining authority to reduce the three years’ training, approved by Sainbel, to a course of from three to six months. In this way he secured two distinct but important objects: he turned out six times more men… and he handsomely remunerated himself, for not only did he receive a stipend, but all fees for tuition went into his pocket.”

Coleman was held in contempt by some of his peers for his autocratic management of the London school. He was in an ongoing battle with veterinary education 'reformers' who were convinced that well-trained veterinarians with medical knowledge and practical experience would gain the upper hand in the competition with untrained practitioners, thus, improving the standing of the struggling profession. Coleman’s stewardship of the London college was publicly condemned in published editorials. For example, editors of The Veterinarian William Youatt and William Percivall (1792-1854) used their media platform to comment on Coleman’s management of the school and the state of veterinary education in England. As well as voicing their professional opinions, Youatt and Percivall were well respected by veterinary colleagues, educators, and contributors to the veterinary literature. In spite of his accomplishments, Edward Coleman was not respected by his reformer peers. Youatt taught students interested in physiology, anatomy and pathology in his own school, because Coleman refused to add those subjects to the curriculum of the London school.

A recurring opinion of Coleman's life work among his peers and historians,“Coleman’s stultifying autocracy in veterinary matters in Great Britain ended at his death…” (Dunlop and Williams, 1996, p. 467).

Academically Coleman authored Observations on the Structure, Oeconomy, and Diseases of the Foot of the Horse, and on the Principles and Practice of Shoeing. Vol. I in 1798. It was followed by Observations on the Formation and Uses of the Natural Frog of the Horse: with a Description of a Patent Artificial Frog in 1800. Coleman’s method of shoeing horses was widely used in the military, because of his position and influence with the British Army although it was later found to be harmful to the horses that were shod in this manner.

Coleman showed his self-promotion side on the title page of the 1798 Observations Vol. 1by dedicating the work to King George III. Also from the title page, "Printed for the author; and sold at the Veterinary College, at the Forges, in Grosvenor Mews, Bond Street, and Curtain Road, Finsbury Square; Also by J. Johnson, St. Paul's Church Yard; C. Dilly, Poultry; and J. Cox, Borough". Coleman introduced his new technique and hinted at future volumes. Coleman (1798, p. 15) stated, “We shall therefore reverse the common order of anatomical description, and begin with the structure and oeconomy of the hoof. We shall then endeavour to prove that the common practice of shoeing alters the natural form of the hoof, and produces in it a variety of defects, while the practice here recommended preserves its structure and uses unimpaired by shoeing. This subject will form the first volume.” Coleman (1798, pp. 9,10) defended his work against criticism with, “The horses of His Majesty’s Most Honorable Board of Ordnance have been shod very successfully for two years on the plan employed in the college, and the greater part of the British Cavalry are now shod in the same manner.” The critics and historians were not fooled, “It appears however that he developed strong opinions about how to trim and shoe hooves with no experimental basis, which resulted in the perpetuation of his erroneous ideas and their multiplication through his diplomates from the college and more than one generation of farriers” (Dunlop and Williams, 1996, p. 466).